You are here: Home / Archive / What’s new in AutoCAD 2013: Working with files

It was AutoCAD R14 the last time Autodesk use release in the product name. Then they decided to use year. However, they actually still use RXX.X. If you type ACADVER in command line, then you will see AutoCAD 2013 is actually R19.0.

You will not be able to open DWG from 2013 in AutoCAD 2012 or below. Unless you save it to older version.

If you’re still using old version of AutoCAD, it’s time to update your TrueView to 2013.

In AutoCAD 2012, Autodesk added the ability to import many MCAD file format. From SolidWorks to CATIA. But it was quite funny that it can’t import Inventor files (ipt and iam) as it is an Autodesk product. Of course we can open it with Fusion then save it to DWG.

In 2013, finally you can import Inventor files directly to AutoCAD.

I also find that now we can import Google SketchUp file (.skp) to Inventor Fusion 2013. Not directly to AutoCAD, but at least to Fusion. As long as I remember it was not there in 2012. I need your help to confirm this because I already uninstalled my Fusion 2012.

I think these are nice addition. At least Fusion is bundled in AutoCAD installation. But it would be nicer to have it all in AutoCAD, right? Because they already have the file translator, I believe it can be done. Or probably next release?

I am having trouble opening an old version of ACAD in AutoCAD Architecture 2013. The old version is a CAD 3.3 file that’s been saved up to 2010 with DWGsee. I thought all new versions could open all older versions…is that not the case? I also cannot open these files in AutoCAD TrueView. Any suggestions?

Autodesk doesn’t support backward compatibility that far. Is it possible to send them as dxf files?

There is a SketchUP 2 AutoCAD importer on AutoDesk's Exchange for 2013.

Thanks Anon!
I overlooked it, very useful tool! 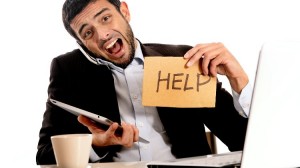 Many times the installation failed. We need to know what the problem is and what the workaround is. If you don’t know what’s the problem, you may not be able to install it even you have tried several times. Let’s try to fix it!