As usual, Autodesk releases its product’s new versions this time of the year. AutoCAD 2023 is one of the early released products.

Autodesk recently changed the company logo, and as expected, their product’s logo will follow. From an origami-themed logo became a much simpler logo. I can’t help but reminds me of the era of 8-bit computers.

Traces is not a new feature. This feature was already introduced in AutoCAD 2022, but it got a few more functionalities in AutoCAD 2023.

In version 2022, AutoCAD can show traces from other users. However, we can only make traces on AutoCAD mobile or web, and you can’t create traces from the AutoCAD desktop.

In version 2023, now we can make a trace on the AutoCAD desktop. On the Trace Palette, you can create a trace using the button on the top left.

AutoCAD 2023 allows you to add markup in a trace that another team member created. It simplifies the traces. You can save markups in one trace.

We can choose to hide/show markups from other contributors in that trace on the Trace bar.

In the Trace Palette, we can see the contributors in that trace and who last modified it.

Count also introduced in AutoCAD 2022. In version 2023, this feature also get a few enhancements.

In AutoCAD 2023, we can define the area to count the blocks. If you have different floor plans in one DWG file, you can specify only a particular area for blocks calculation.

The count tool now allows you to select counted objects. I count all receptacle blocks with Duplex visibility in the example below and only on the first floor.

You can use Count to select blocks quickly. I guess we can put it on the list: 10+ Ways to Use AutoCAD Object Selection.

Trace can help team members to review drawings. However, not everyone uses AutoCAD to involve in a trace, and many of the reviewers do markup on a PDF or a printed drawing. Markup import allows you to import markup from other media into your AutoCAD drawing as a trace.

The first time you use the tool, you will see this dialog.

You can import PDF files, jpg, or png files to import as markup. You can scan or take a picture of the review sheet and import it into AutoCAD. I tried to import a captured image from a PDF. AutoCAD did an excellent job when placing it automatically. I don’t need to adjust it automatically.

It is interesting to see how AutoCAD can recognize the markup from the rest of the drawings. You can change the transparency so only the markup appears. The drawings in the image or PDF won’t interfere with your drawing in the DWG file.

Markup has a character recognition feature from an image. If you want to import text from markup as Mleader or Mtext, you can click the text and select from the menu.

While this feature is helpful, unfortunately, you can only grab the text from one box at a time. When you have short text with many lines, it will be faster for you to type them. However, if you import the markup from PDF, the Markup Assist Text can work conveniently.

You can only use simple AutoLISP scripts on the AutoCAD web now, but it might change in the future.

Which Feature is Your Favorite?

It’s been a while since AutoCAD got a significant new feature. In this release, it seems Autodesk focuses on team collaboration with Trace and Markup Import. And Autodesk keeps developing AutoCAD mobile and web.

It might be relevant because many AutoCAD users have needed to work from home in the last two years because of the pandemic.

But how about you? Are these features and enhancements useful for you?

It seems to me that the most useful function here is the counting function. This function provides effective management of the quality of construction, since the correct counting of materials is an important issue in the field of procurement.

Hi,
Count command could be a nice feature if only it could take in the x-refs too.

Nope, this release is a dud. I don’t see any real improvements here. Nobody I know is doing markups on their phone, most of my contractors and coworkers are all tablet users now, which makes it great for communication. I’ve been using AutoCAD since 1986 and feel let down by Autodesk as far as innovation and new features or even repairing known issues.
I enjoy reading your posts. Thank You for your efforts.

Personally, the last significant feature I see is in AutoCAD 2008. There is no innovative feature after that. Most are cosmetics, many nice to have tools, but no actual features that a 9-5 draft person can appreciate.
Maybe because AutoCAD is already mature. I don’t know.

Yes. 2008 was a good release, I also liked 2010, just becasue it seemed like they had done some speed improvements and the video drivers were better. We used to say that there was never a good (out of the box) odd numbered release. Release 13 comes to mind, it took 4 patches to make it usable. 2001 was another real DUD.

Yes! Autodesk seems to forget that there are 9-5 drafters that need to get work done quickly and easily, without crashing.

I agree that AutoCAD IS mature, but there is always room for innovation and improvement. AutoCAD still has several known issues and short comings that could be addressed, and I always thought that Paperspace and plotting could be improved with a few things.

Have a good weekend. Bill F

I stopped giving Autodesk my $$ in 2017 when the hand writing was clearly on the wall. They fired a bunch of programmers and their PR people and yet wanted more $$. I’m glad I quit when I did and don’t regret it a bit. I have a stable version of 2018 which I’ll use until it’s no longer possible.

Autodesk does not care about you or your issues, they just want your money, people (businesses) need to stop giving it to them.

I’ve been using AutoCAD since R9 and used to admire the company. No more. 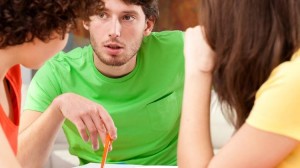 Have you purchased Autodesk Subscription? How is your experience with the new licensing model? Do you like it better than the old model? Let’s hear your experience!