Autodesk has launched AutoCAD 2016 at the end of March 2015 in US. We in other countries can download it few days (or maybe weeks) later. As usual, when a new version is released we cover the new features here.

Let’s start with the AutoCAD interface.

It’s good to see that Autodesk doesn’t waste much time in changing unnecessary interface. The most obvious, the splash screen is still the same in the last 3 versions. The icons and theme color is the same.

There’s a little change in trial installation. If you install it as trial, there is an interesting thing: you need to login to Autodesk account before you can install it.

It means Autodesk can find out if you install trial version a few times.

After you install it, AutoCAD 2016 doesn’t look that different with previous version.

In AutoCAD 2015, Autodesk introduce the New Tab. In AutoCAD 2016, the name is changed to Start Tab. It may sounds weird to change the tab name, but I think they change the name because the behavior is also changed.

AutoCAD 2015 New tab gives you options to create/open files and several other things. But after you open the file, the New Tab will disappear.

AutoCAD 2016 Start Tab do the same thing, but it is persistent. It will stay as the left most tab after you create a new file.

In AutoCAD 2015, when you click the plus (+) tab, it will open the New tab to allow you create a new file again.

In AutoCAD 2016, (+) icon will immediately create a new file (similar to QNEW). The Start tab will remains open at the left most tab.

So now you can click the (+) icon to quickly create new file. And if you want more options, you can go to Start tab.

There is a new command introduced with the Start tab: GOTOSTART. You can type it or press ctrl+Home. This command will bring you to Start tab without having to click the tab.

There is also new system variable: STARTMODE. You may have guessed correctly. Yes, you can disable Start tab by changing the value to 0. Change to 1 (default) if you want to show it again.

In AutoCAD 2016, there is a new command: CLOSEALLOTHER. This command will close all drawings, except the current tab.

This command would be useful if you want to close unnecessary drawings to free some computer resources.

In AutoCAD 2015, when you have too many layouts AutoCAD will hide some of the Layouts. You can only arrange the layout order by dragging if the Layout name is shown.

For example, you can’t move Layout 1 to after Layout 12 because it’s not visible.

In AutoCAD 2016, you can drag to the end of Layout tabs and AutoCAD will scroll to the next hidden Layout. Allows you to arrange it, even if the Layout location is not currently visible.

Status bar appearance has changed since AutoCAD 2015. Autodesk has implemented minor changes in this version. 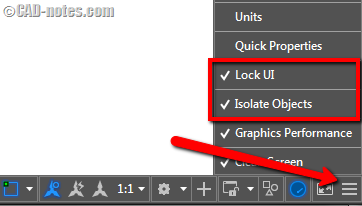 In AutoCAD 2016 if you resize AutoCAD window narrow enough, you will see the status bar will be displayed in 2 rows. This will make AutoCAD can display all status bar icon when you have lower screen resolution.

In AutoCAD 2015, Autodesk introduced Ribbon Galleries. It will display thumbnails of blocks and annotation styles at ribbon.

In this version, you can turn it off using GALLERYVIEW system variable. It looks like not everyone like Gallery View.

GALLERYVIEW = 1 will display Ribbon Galleries and changing it to 0 will turn it off.

So nothing is really new in AutoCAD 2016 interface. Many of them are the fix for features implemented in previous version.

For me, this is actually not a bad thing. There are several new features that you might find useful. We will cover more in the next article.

What do you think? Do you find the enhancements useful?

I know this is a little old, but I’ve been using AutoCAD 2016 for almost 2 years now and have been an AutoCAD user since Version 10 (That’s VERSION 10, not 2010). I must say that over the years, Autodesk has gotten worse and worse about providing sufficient documentation for their products, and AutoCAD has to be the worst. Their examples suck; their explanation of various commands and functions are worse; and even though I consider myself a very experienced user, I still have to go to the website to figure out what the heck is going on. Here’s an example:

This had been bugging me for a while but I never really used it so it didn’t matter until now. On the command line, if you start a command that requires some points you can simply enter a real number and it will put your point or whatever somewhere that corresponds to that number. What the correspondence is, I have no idea because it seems random to me. I can find no documentation anywhere that explains what the hell is going on. I really wouldn’t care that AutoCAD has stupid commands nobody will ever use, except I have been trying to become more fluent in VBA for AutoCAD (now THAT is an exercise in headbanging) and I looked up editing polylines with VBA in the helpfile. Lo and Behold, there is the mysterious single number input that has no explanation anywhere and Autodesk expects people to understand what is going on.

You can look up “command line entry”, “coordinate entry”, “command line”, or whatever you want and you will NOT find any explanation of this mysterious method of defining points, yet Autodesk feels it is appropriate to use this method in an example of what is already a challenging concept. Thanks Autodesk for having a terrible help system and no hardcopy manuals anymore. Being the least annoying alternative will only get you sufficient loyalty to remain in business only until something less annoying comes along.

I believe the behavior is the same in the older release. The only thing that change is when the Dynamic Input is on, you need to use @ for relative coordinate and # for the absolute coordinate.
Can you elaborate what do think that changed? 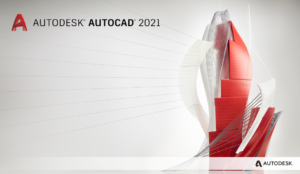 Autodesk released AutoCAD 2021. What’s new? Is there something that you expected? Find out here.