You are here: Home / Revit / Dynamo / Using the Dynamo Player

In the last tutorial, we learned how to create a Dynamo script to place an element by defining a coordinate. However, running a script from Dynamo can be confusing for someone who doesn’t understand Dynamo. You can share and run the script from a friendly interface: Dynamo Player.

Open the script we created in Dynamo. You should see the script similar to below.

We want the nodes in the red rectangle as our input. We want the users can provide the family type, x & y, and the level. We need to define the nodes as input.

Right click on Levels node then activate Is Input from the contextual menu.

Repeat the process for family types and both numbers node.

We have two numbers node in the script. We can easily notice which one is the x value, and which one is value in Dynamo. However, you’ll never know that in Dynamo Player. We need to rename them.

You may rename the other nodes if you think it’s necessary. Save the script and close Dynamo. Remember which folder you save the file.

You can find the Dynamo Player tool next to the Dynamo.

Click the icon. Revit opens the Dynamo Player. You can see a list of sample script and a play button next to each of them. We want to use our own script. Click Browse to Folder…

Select the folder where you save the Dynamo script. In this tutorial I only have one script in that folder. If you have more scripts in your folder, you will see them here.

Click Edit Inputs to modify the input value. You can see all available input fields as below. Remember, we provided them before!

Now you understand the basic of creating a Dynamo script/program and run it on Dynamo Player. We will learn mode about using Dynamo for changing parameters in the next tutorial. 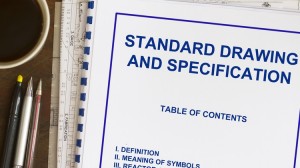 In your 1st challenge to Work Better with AutoCAD, you will do some preparations. This is important for upcoming challenges. So complete and discuss it with us!