Bentley Systems introduce active element priority since MicroStation V8 XM. This feature can be very useful. I believe many MicroStation users may overlook this feature.

We can use it to make sure an element always behind the others (or always on top). If you want to use an image as underlay, then we can set the element priority as low as possible.

In this post, I would like to try using it to automatically ‘change’ line type when they are ‘hidden’.

The idea is to create two layers of elements. The first one, lies at the bottom. It uses continuous line. The second one is identical object. Created on top of the first one, uses hidden line.

Because we have the continuous line as underlay, we see it as continuous line. But when we created new object with priority between those two, will cover the first object and show only the 2nd one. It means that part will be shown as dashed lines. 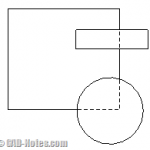 Both rectangular were created without fill. If you use fill, then it won’t work. 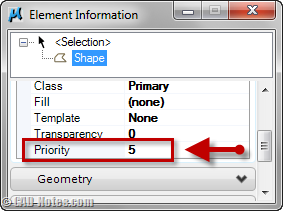 Now move the rectangle so they are overlapped each other. You should see only one continuous rectangle now. You may want to group them together, to make it easier to manipulate later.

Now let’s create another rectangle. This time with fill. Use 255 as the fill color. 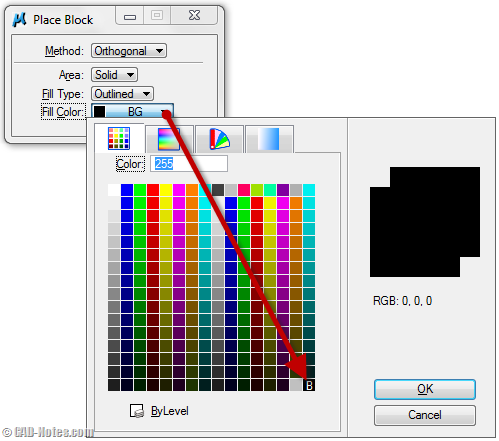 When you move it, the dashed lines will update the location. Uhm… at least it looks like that! 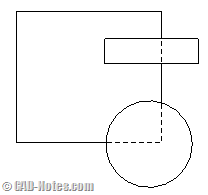 See it in action!

If you’re still not clear the steps above, try to see this video.

Do you think it will be useful? 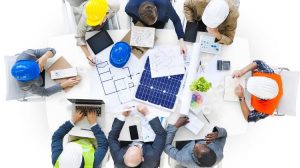 This is the first part of AutoCAD XREF tutorial series. Here we learn about the concept and benefits first.