I have been using AutoCAD since R.13. I heard many people don’t like that release, but it looks fine for me :). I use almost every release of AutoCAD since then. Some are not for so long, but at least I get how they look and feel. There are some features added in each release. Sometimes the new features are excellent, but sometimes the release is just feel like we see the AutoCAD n plus 1.

I think it would be interesting for us to share: which AutoCAD release is become your all time favorite?

Of course, not the latest if your reason is “because it has all the previous features in it”. But the release that you think actually add some cool and very useful features.

I remember that Autodesk added some major features in AutoCAD releases. The dynamic block in AutoCAD 2006, 3D enhancements in 2007, Annotation scaling in 2008, and so on.

But my all time favorites is AutoCAD 2008. I love the annotation scaling and layer properties per-viewport. I think they are major enhancements in AutoCAD that very useful. I’m not really an AutoCAD 3D fans, so I skip the 2007 and 2010.

Which one is your favorite? Give your opinion in comment form below!

*If you want to see the AutoCAD timeline and the AutoCAD history, Shaan has documented them very well.

I work as an Application Engineer in Jakarta, Indonesia. I've been using AutoCAD since R14 and Revit since Revit Building 9. I occasionally write for AUGIWorld magazine and also active in Autodesk discussion forum.
I'm an Autodesk Certified Professional (ACP) for Revit Architecture and AutoCAD. I'm also a member of Autodesk Expert Elite, appreciation for individuals who give contribution to Autodesk community.
Connect with me on twitter or LinkedIn

I'm not a CAD pro but an engineer and I've been using AutoCAD on and off since 2.18. My favorite version is 2002, because after that handling of colors got far too complicated, the tool icons got changed and snazzied up to 3D (less crisp and clear), and when I move the cursor around the drawing space in the 2008 version I've been trying out recently everything starts flashing up fuzzy and dashed – and driving me crazy. Apart from that, I do a lot of work with VBA macros, and the complicated color handling in 2004 and later versions… Read more »

Well, aren't you able to switch to classic interface any time you want.
I like Microstation too. I like how it use tasks based interface for
the tools. And that's why I like the ribbon :)

Hi,
To me the best one was 2008; when I saw the 2009 interface I decided to move to microstation. And nowadays I'm a proued Micro user. 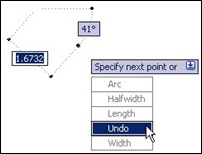 Do you think selecting objects in AutoCAD is difficult? We show you 10+ ways to do it in this article!