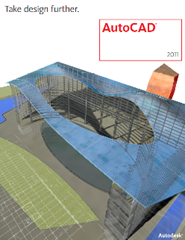 Autodesk has released their new products last week, on March 25th: the 2011 version. One of them is AutoCAD 2011. No, I won’t write a list on what’s new on AutoCAD 2011. There are several big blogs/sites already covering this. CAD Panacea and Cadalyst has good review. Shaan Hurley has listed many blogs that already cover about the new AutoCAD. You can also take a glance to the official comparison matrix in Autodesk site. I’m interested to see that  some people are not really interested to the new features. In this post, I would like to give my personal opinion about AutoCAD 2011. I will post some of the new features later, not as a list or a review about AutoCAD 2011, maybe in separate posts on how-to-use them.

AutoCAD is Used Widely, and Not Only as Drafting Tool 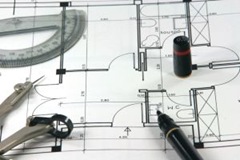 You may will have different opinion. What you should remember that AutoCAD is used by many different kind of users, not only different by their industry, but also as a CAD platform for different applications. It is hard (and probably impossible) to please them all. When Autodesk introduced dimensional and geometric constraint, probably you who are working in manufacturing industry are pleased with it. If you talk to your doctor about parametric feature, they may just say “Huh? they have paramedic in AutoCAD now?”. OK, bad joke! :)

In a nut shell, these are the probable cause that make people may have different opinion about the new features:

AutoCAD is used in many different industries. Even in some industries that I’ve never expected to use it. Let us imagine (it means this is not true… yet) that Autodesk implement a feature to import points from csv (or txt) and create a surface from them. People who work in land surveying or site design will be very happy, but in other industry, people may think this is useless. Parametric features (this has actually been introduced in AutoCAD 2010) is very common in manufacturing industry. Rendering is used in many industries, but most people don’t use it that much. Probably in architecture design, people love renderings and visual styles very much. But when you design bearings and gears in manufacturing industry, you probably won’t think it is important.

Your Knowledge Level about AutoCAD

Veteran users are harder to please. When Autodesk introduce dynamic input and ribbon interface, i believe most of them immediately turn them off. They are able to do the same thing without it, so why should they use it? Unless Autodesk implement features that can do something different, they may considering to use it. However, I did found that many people who don’t use AutoCAD intensively, happy with the ribbon interface. Even when they haven’t actually use it.

Further more, many of these veterans have set their own workflow, their own customization, and probably have developed their own extension (using LISP or others). Using new features might require them to change their system.

AutoCAD as Drafting Tools, 3D modeling, or as a CAD Platform

Sometimes people just forget that AutoCAD is not used just as a drafting tool, it is also a platform. Autodesk has many ‘vertical products’ and many 3rd party applications are running on AutoCAD. Even some of the applications are from the competitors. Vanilla AutoCAD users probably don’t appreciate the ribbon interface. But I saw this interface is quite nice when using AutoCAD Architecture or AutoCAD MEP. We can now access the architectural (or MEP) objects from the ribbon panel instead of using tool palettes. I believe this is one of the reasons why Robin Capper loves the Ribbon. The objects are managed better, and don’t take a lot of space. And you can use ribbon shortcuts to access them. 3D modeling is getting much better. I’m not sure if many people actually using AutoCAD as 3D modeling and rendering tool. But the features will be very helpful if you use vertical products that produce 3D models. What AutoCAD has, you will also have it in the vertical products. It can be good there, but not too useful in vanilla AutoCAD.

Your Knowledge About Other CAD Applications

There are people who know AutoCAD only, and people who have used many CAD applications. If you have used other CAD applications, you will also be harder to please. If you know Inventor, when you saw the parametric feature, maybe you will say… “Ah, finally they have it in AutoCAD”. You may be pleased, but it’s not a surprise anymore. You probably will be disappointed when you know that AutoCAD constraints don’t work in 3D modeling. It is a good feature, but its already been there for years, and probably will not work as you expected.

Which one is me? Well, I’m hard to please, but I’m also open minded :) I would like to remind you that this is my personal opinion. As I said, you may have different opinion, depends on several factors as described above.

You probably have read other resources that list all the new features. The biggest improvements are in polyline, hatches and new attribute: transparency. I will write about them later, these features need to be discussed separately.

For tool enhancement, I love the new object cycling!

AutoCAD will show you an overlapping icon when there are some overlapping objects at your pointer. Click it, and simply select your desired object from the list. You will see the object you are selecting highlighted. Pressing [shift] and [tab] may be faster. But it is nice to have this tool when we need to select objects carefully.

There are also some new menu in context sensitive menu (pop up menu when you right click your mouse). Some of these tools already exist in other Autodesk products. They are isolate objects, select similar, and add selected. There is also some changes in polyline menu. Now you can modify polyline without using PEDIT. Very nice that you can select a vertex and edit it directly, without using several steps like before.

When I try hatch for the first time, I immediately notice the hatch contextual tab. Very nice! It looks like Autodesk are utilizing the ribbon more, and they did a good job. I wonder if they will move the properties palette to ribbon too, I think that will be great.

There are also some changes in the system. The help menu is now online help by default (you can change it), and load it from Autodesk server. This can help you to always get the latest version, and whenever you don’t have internet connection, it will load the help file from local drive.

Robert Green mention that scale list is now stored in the registry, not in drawing file. I love this one! Managing custom scale list for separate files are very difficult.

But if you are using it as a drafting tool, I think AutoCAD 2011 is just OK. The new features can help, not significantly, but they can make some use. I wish to see more though, probably next year? Unless you are doing 3D in AutoCAD, skipping this release won’t hurt. It has the same file format as AutoCAD 2010, so you won’t miss the functionality except for transparency.

What Do You Think About AutoCAD 2011?

I would like to know if you like AutoCAD 2011 or not, and why? And do you think it’s worth it to upgrade from your current version?

Arni, If you use attributes check out the whole property set & schedule side of ACA. Thats another ACA feature that should have been rolled back into the core platform (along with display control)

Well, I guess the question depends a bit on whether you are upgrading from 2010 or something else.

For me, I will definitely be upgrading because 2010 has some serious domain permissions problems and installs very poorly on non-admin machines (as all machines are in our company). Of course, we have subscription contracts for well over 100 licenses, so we get the upgrades relatively free.

Also, because I work in Civil Engineering and we are trying to be leaders in a severely hurting market, it is policy (at least since I began working there) to embrace new features, learn and become better at what I do. Everything we do today is done in 3D, and with each version the 3D tools get better. That on it's own is reason enough to upgrade…. something which I will be doing as soon as the DVD's come in the mail :D

Oh, I forgot to add:

Are you saying that Select Similar has finally appeared in AutoCAD Vanilla? Since 2006 when I began using AutoCAD, that single feature has been the only real difference between AutoCAD vanilla and AutoCAD Artchitectural.

What do you mean by 'the only real difference'?

Well, if we take away the AEC parts libary there really isn't any difference between the actual drafting programs AutoCAD and AutoCAD Architectural. However, AutoCAD Architectural has always had "Select Similar" whereas AutoCAD vanilla never had that feature. So basically, I've been using a $1000 more expensive product, just for that one feature (I use it every day, all day) :)

If you take away the AEC parts, then it is AutoCAD :) Sure there are some other useful features, like select similar. Well, then you must love AutoCAD 2011 ;)

True… it also depends on which release you are now… I forget that one.

If you are on subscription, than you would be likely to upgrade. But if you are not, you need to think more about it, and decide if it's worth it. You can download the new version right now, as download is now the default method for subscription updates.

Are you using Civil 3D?

Well, downloading costs money in Iceland, so my IT department is unwilling to download the upgrades.. so I wait for the DVD's from USPS :D

We have some Civil 3D licenses but not in my department so I've never used it.

I work in the MEP department so I use AutoCAD Architectural/MEP and the Finnish-made MagiCAD (an AWESOME product). Last week we upgraded two AutoCAD MEP licences to Revit MEP, and that's what I'm going to try to learn to use. 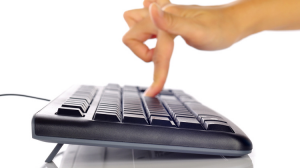