You are here: Home / Others / How to Change AutoCAD Angular Precision Display

Have you ever worked with an angle with decimal precision? Let’s say you want to create a line with 22.5 deg. You typed the angle, but when you see the properties, the angle is round up to 23 deg.

You may also try to add the polar tracking settings, but the angle is also round up.

Don’t worry; AutoCAD still maintains the decimal precision. If you try to create angular dimension to that particular line, you will still see 22.5 deg.

However, it might be inconvenient for you. You want to be confident when you draw with that particular angle.

However, something strange happens with AUPREC and DIMDEC in AutoCAD 2016.
I’m using AutoCAD 2016 and units are set to millimeters.
I want linear dimension with no decimals and angular dimensions with 3 decimals. But I want to display units in properties with 2 decimals (for checking my drawing accuracy).
So, I set DIMDEC to 0, DIMADEC to 3 and LUPREC to 2.
With every simple command (regen, move, copy) AutoCAD changes LUPREC to 0 and AUPREC to 2.
I’m pretty shure this was not the case in former (2014) AutoCAD versions.
Checking is easy with the new ‘SYSVARMONITOR’.

Do you know how I can correct this?

I don’t know why the values are changed on your side, but it seems to work fine on AutoCAD 2017. Have you tried to install AutoCAD updates? If it’s a bug, Autodesk may include the fix there.

Solved!
It was the application “InfraCAD”. An application to use Dutch Cad Standards interfered with my preferred settings. A new version of this app solved the problem.

I’m glad that you solve it!
And thank you for the updates,

hi
i am planning for a startup business in my country,i want to know if,AUTOCAD DESIGN WOULD BE HELPFUL FOR A DESIGNING BUSINESS ? 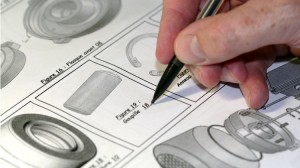 In this week Work Better with AutoCAD challenge, you will create reusable content: AutoCAD Block. You have chance to win an e-book just to participate in this challenge. Or win a grand prize after all challenges are given!