Autodesk has released AutoCAD 2018 and AutoCAD LT 2018. As it’s our annual ritual to cover about it, talk about the new features.

Before we start, some of the new features are already released with AutoCAD 2017.1 update in October 2016. We will not cover them again in this article. The features are:

However, there is one thing missing: Highlight New Features. It’s not available in AutoCAD 2018. It’s a shame because I quite like it.

Autodesk hasn’t changed the file version since AutoCAD 2013, but now AutoCAD 2018 use new file format. It means unless you save the file to an older version, you can’t open AutoCAD 2018 files with AutoCAD 2013-2017.

Now let’s see the enhancements in AutoCAD 2018 interface. Overall, there is no significant change in AutoCAD interface. Autodesk used to change the color, icons, and other cosmetics in each version which we don’t need. I prefer this that now Autodesk may spend more time in developing important features. 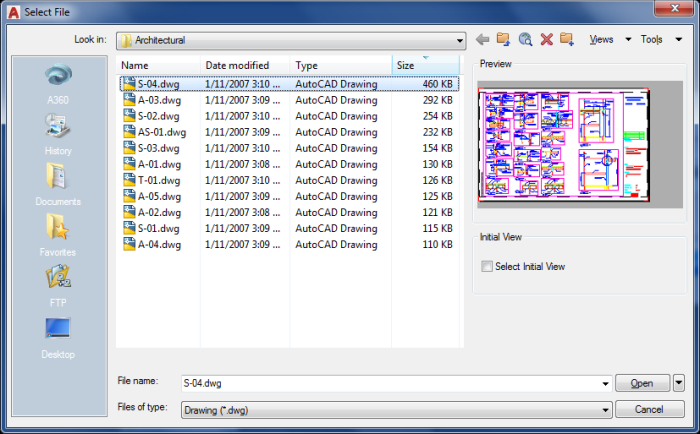 I am a bit confused about this one. Autodesk says Layer dropdown is now part of the Quick Access Toolbar (QAT) menu. It’s not active by default, but you can turn it on by clicking the arrow and activate it from the menu. 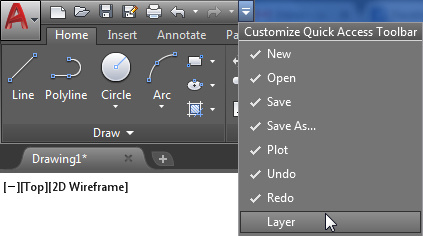 I guess the “new feature” is now the Layer is available in the menu. You can show the Layer dropdown in QAT in older version too. It’s just it’s not listed on the menu.

AutoCAD introduced System variable Monitor since version 2016. It is a useful feature to let you know something has changed, but you need to open the dialog to restore it.

AutoCAD 2018 allows you to right-click above the icon on the status bar and reset the System Variables.

Now you can change the Rubber-Band line color

The rubber-band color is now included in AutoCAD display options. 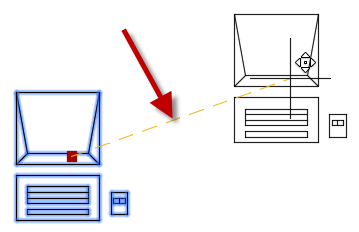 It’s easier to fix broken path. It usually happens after you copy or move the files.

If you open a DWG file with unresolved reference files, AutoCAD will show a warning. You immediately know that you have to fix it. 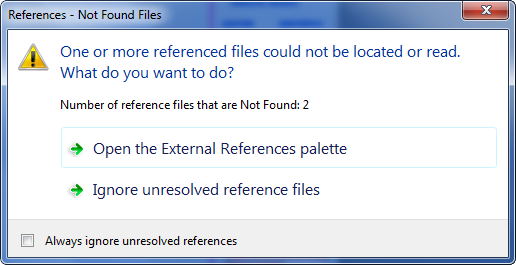 When you right click on a missing file in XREF palette, you can see there are new items in the contextual menu. Select New Path and Find and Replace. 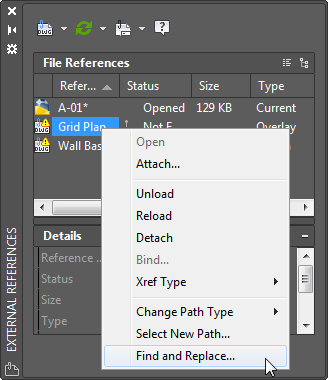 If you use Select New Path, you can navigate to the new folder location. AutoCAD will offer to replace all missing references to the same path.

This is usually true when you move the whole folder structure. For example from d:\data\xref to d:\project backup\xref.

This process is very quick. If you have drawings with many XREF in it, you will like this feature.

Find and Replace is also useful. You can select multiple files in XREF Palette and replace the file path with the new one.

However, you can do all this in older releases from the Reference Manager. But it is nice to have it as AutoCAD core commands. There are also some minor enhancements in XREF Palette.

AutoCAD 2018 has several more improvements, but you can’t see immediately:

Several objects are now saved faster. And file save is now incremental, not saving the entire file.

Autodesk Seek is now replaced with BIMobject. Autodesk has transferred the service to another company, but the service is the same.

What do you think?

Do you think the new features in AutoCAD 2018 is good enough? Do they justify the file format change?

Remember, if you read it in Autodesk website or blogs, they also list features in AutoCAD 2017.1. as the new feature. I like the 2017.1. and I do wish Autodesk will keep releasing new features in the updates. But when it comes to a new version, I expect a key feature will be on the list.

I’m using Acad 2018 for a while now.
At first I was used to attach multiple xref’s at once in Acad 2017 but in 2018 it’s not possible anymore. Only with classicxref I can attach multiple xref’s at once. I think that’s a loss. Maybe it’s a setting somewhere, but I can’t find it yet.
Second at multiple computers when we open old drawings the xref’s turn to be unresolved. When we fix this and save and open the drawing again the problem still exists and is not showing the xref’s again. With a lisp file we solved the problem.
I think there are some minor bugs in the new version. Hopefully it will be fixed soon.

I tried to reproduce the problem on my computer, but it seems to work well here. I can attach multiple XREF from XREF Palette and the resolved path remain after I save and close the file.
Have you installed the AutoCAD 2018.02 update?

its new features are really useful for my work
i got my autocad 2018 here: https://youtu.be/znXN5Mf2_rg

While not a major upgrade I’ll need it installed before we get a drawing from outside in the new format. 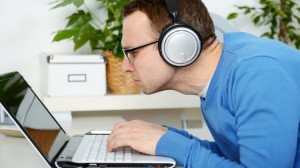 In this 4th challenge to work better with AutoCAD, you will customize AutoCAD to allow you working faster.