You are here: Home / AutoCAD / DWG TrueView: Open and Save to Any Version of DWG

I include DWG in several AutoCAD tips/tutorial posts. So you can try it by yourself without drawing it from scratch. But I just realize that you might not be using the same version as me. You might not be able to open the DWG. But don’t worry, you still can use it!

You can download the latest version of TrueView and use TrueView to open and save it to an older DWG version. TrueView is a FREE application you can download from Autodesk site. It’s a DWG viewer.

You can open any DWG files with it. You can use TrueView to save a file back to older version. The beauty of TrueView for me, you can batch convert all files in a folder. AutoCAD can’t do that!

You just need to download it here: http://autodesk.com/dwg. So don’t worry if you are still using an old version of AutoCAD. You can convert the files to your DWG version!

plz I have downloaded the true viewer I don’t know how to make use of it to convert AutoCAD 2014 to AutoCAD 2007 version help me plz.

I created a drawing file using AOTOCAD2011 MEP 3D and saved to 2010 version, but our client only has the AUTOCAD 2007, can I save the drawing back to 2007 version for their use?

If you use SAVEAS command, you will have option to save it to older AutoCAD version. Yes, you can save it to AutoCAD 2007.

im using this application to convert my autoCAD drawing from higher as 2013 version to lower,

I have the VERY old version of AutoCad R14. But, my intern has ACAD 2012. How do I convert my intern's drawing to my version of ACAD?

Have you tried to download TrueView from the link above? TrueView can convert AutoCAD 2012 file to R14.

Why when I create a drawing in 2000LT and then print in trueview do I get a boarder around it saying educational????

You have to save the file to 2004 version in your home computer. Or you can download TrueView at home and install it at college.

I have autocad 2000 I cant open newer versions is their any free downloads to open these files .

You can try dwConvert6 only for trial if you only need to convert 10 files (dwg or dxf). http://www.guthcad.com. it´s a very nice application. Regards

I tried the DWG true viewer and actually works! I could open my 2011 file in a computer that has a 2009 auto cad.

But what I could not do was modify or copy the drawings. They are just open as a image. I could not even apply layers or any of the properties created when i supposed to printed.

Do you know is any way to convert the file and still use it and modified it.

Mily,
TrueView is supposed to be able convert the DWG files. Are you sure they are not proxy objects?
Other free application that I know can open DWG is Bentley View. But I’m not sure if it can convert it to other version.
You may also want to try AutoCAD 360. You can upload the file online and download it as older version. 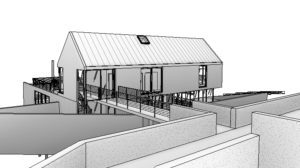 Revit is pretty straightforward to use. But it doesn’t mean that we can’t find something new to increase our productivity. Either you are new to Revit, or already use it for years, there are always new things we can learn!